A Walk Down Memory Lane When Innovation Mattered

It’s a sad state of affairs when innovation in our industry has been left to a new flavor of lotion or brush color. After reviewing the product selection for our THE BEAUTY BOOK Fall edition, it is apparent that most companies are sticking with their tried and true products and not investing in the next “AH-HA” product. Without new and different, there is nothing to get consumers excited about buying, so products become more and more commoditized and discounted.

Now back to memory lane, the year can be anytime between 1989 to 1995. This was when the industry trade show for distributors was called the BBSI (Barber Beauty Supply Institute) and the show was held each year in Las Vegas in the summer and a resort city in January such as San Diego and Orlando. These were the days when innovation was king and start up manufacturers flourished with new ideas, new concepts and new dreams. Most of the memories are still alive but alas, the companies long gone. Let’s take a stroll down a few of the aisles at one of the BBSI shows.

There’s Marlene Sortino [Italian Jewelry] introducing her new gold fingernails and dangling charms. Each charm is handmade and over 200 designs. The nail drill to make the hole in the nail is a huge hit. Right across the aisle is Katia (Kami Nail Designs]. Everyone of her fingernails are long and decorated with rhinestones, striping tape and the newest sensation, snakeskin. Snakeskin is applied with glue and comes in 6 colors. Demand is high.

Tony Cuccio [Star Nail] is walking by his booth donning his dark sunglasses and black hair (which is long gone). The booth is nothing more than a couple tables and banner filled with cheap polish, files, block buffers and generic nail glue. But he is busy making deals.

Jan and Jim Nordstrom [Creative Nail Design] have a private room and excited to feature Solar Nail, Solar Beam and Solar Oil. Acrylics are hot and they have the best acrylics. Solar Beam was the first gel light but the design was flawed and had to be dropped. But it was a way cool concept. They are getting ready for their really big distributor party at the Hilton later that night featuring live music, great decorations, open bar and plenty of awards. 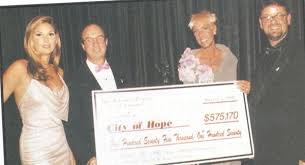 George and Myriam Schaeffer [OPI] have the large booth at the end of the aisle and they are launching their new polish line called Lacquer. It’s higher priced than the competition and going to be advertised in consumer magazines. George is so excited about this that even his suspenders are made of nail polish bottles. Myriam is showing off fine jewelry for loyal distributors to partake in. The booth is packed. George is quoted in NAILS magazine:

“Ours is the old style,” mused George. “It is a business philosophy of loyalty to the little guy, to those who got us started. This is the whole gist,” he added, “giving them extra, the best possible product attainable. Our first consideration is the product—the profit will come if the product is right.

“Don’t get me wrong,” George adds quickly, with a sheepish grin, “we like a little profit.” Lorenzo Meija [IBD]is donned in his fashionable Italian suit perfect from the dry cleaner. He is excited to show off his new Soft Gel collection, the first gels to cure under a UV light. 5 Second Nail Glue is already a household name. Quoting Meija in the 1991 issue of NAILS:

“According to Lorenzo Mejia of International Beauty Design Inc., gel services are the fastest growing segment of the professional market today.

The natural look of gel nails is a major selling point with clients. In addition, the virtual lack of odor makes gels a popular service in full service beauty salons, where hair oriented salon professionals have for years used the odor complaint to relegate nail technicians to the back of the salon, or even keep them completely out of the salon.” OK, so 20 years earlier gel polish could have been invented.

Jack Sperling [Alpha 9]can be found in another aisle making practical jokes on everyone and having the best laugh as he sells his powder and liquid at outrageously high prices and gets away with it. No one had more fun in the business than Jack. This show he is proud of his new 4-Way nail file.

Vern and Lynn Rae [San Francisco Nails] have one of the hottest booths in the show. Airbrush nail art is ultra hot and everyone wants it. Machines, paints and stencils are on fire.

Ben Edwards [Design Classic] is a true entrepreneur and is showing off his latest creation: Fiberglass for nails. Wraps are getting bigger as fiberglass overtakes silk and linen as the preferred choice for nail techs.

Essie and Max [Essie] also have tables and a banner sporting Essie nail polish in over 100 colors. The big news at this show is that the polish went from $1.00 a bottle to $1.25 a bottle and the new seasonal collections are going to be introduced every quarter. We were not sure if manicurists would pay another quarter for a bottle of polish. Max was very busy behind the booth bullshitting about “nothing but nothing.”

Kirk Hamilton [Menda] was behind the innovation at Menda, or at least he represented the line well. Menda was introducing a new dispenser bottle that actually kept the acrylic powder from entering the bottle. Ingenious. However the plastic bottles remain their mainstay.

Calvert Billings [Calvert International] invented the first nail polish dryer using of all things, light bulbs. Really? I ordered 144 and had to reorder many times. He later invented something called the Laquer Whacker. Actually I am thinking of that for gel nail removal.

Dal LaMagna [Tweezerman] made the tweezer famous and could be found at the booth plucking eye brows while talking politics. Can you imagine if he was around at the time of computers he could have invented Facebook.

You get the picture. Back then business was fun, innovative and full of excitement. Our industry needs to return to this before it is entirely assimilated into retail beauty and all beauty becomes one. Or as I have said earlier, perhaps it is already there.